Calm. That’s really the best way to describe Manny. And for almost 8 years, he shared his sense of calm as the facility dog at the Sarpy County Courthouse. 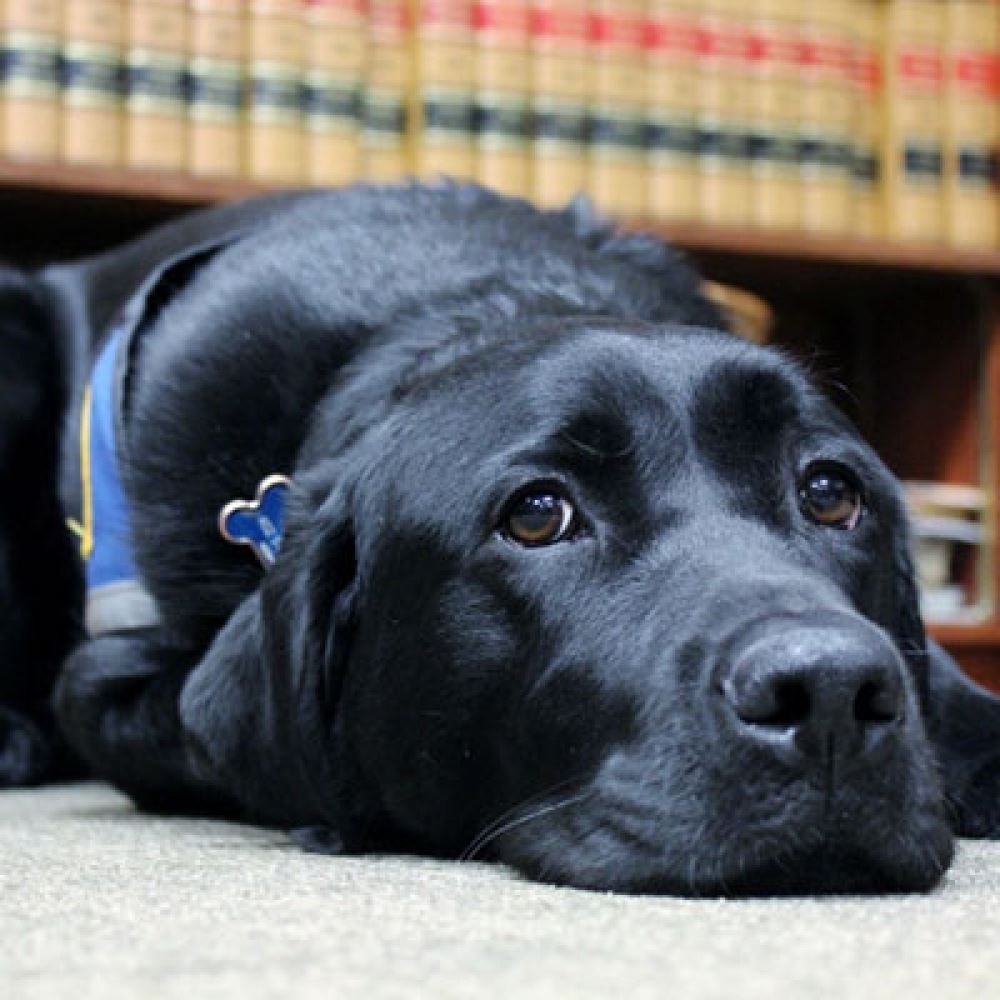 As the first courthouse facility dog in Nebraska, Manny provided emotional support to victims and witnesses – often children – before and during pre-trial meetings and legal proceedings. He might lay his head on the person’s lap or rest at their feet as an added sense of security. Sometimes they’d use him as a pillow as they cried.

“Manny’s ability to sense tension and sadness was his biggest strength,” said Sarpy County Attorney Lee Polikov. “He proved his worth day after day, whether he was sitting with a child who was about to testify in court, visiting the youth at our juvenile facility, or simply walking through the halls of the courthouse adding a smile to people’s faces.”

At work, Manny had his own calendar for meetings and appointments, and a special bed to lay in during his free time. He lived with Jean and her family.

Manny passed away in January 2022, leaving behind his calming legacy of service to Sarpy County.